Today, January 29, 2021, the transfer of the icon took place at the Embassy of the Republic of Italy in Moscow.

The icon is made by a Russian master – woman, participant and Winner of the Festival “By Hands of a Woman” -Olga Kulichkova, using a unique technology of knotting in a single copy and is an exact copy of the icon in the chapel at the Redipulia War Memorial. 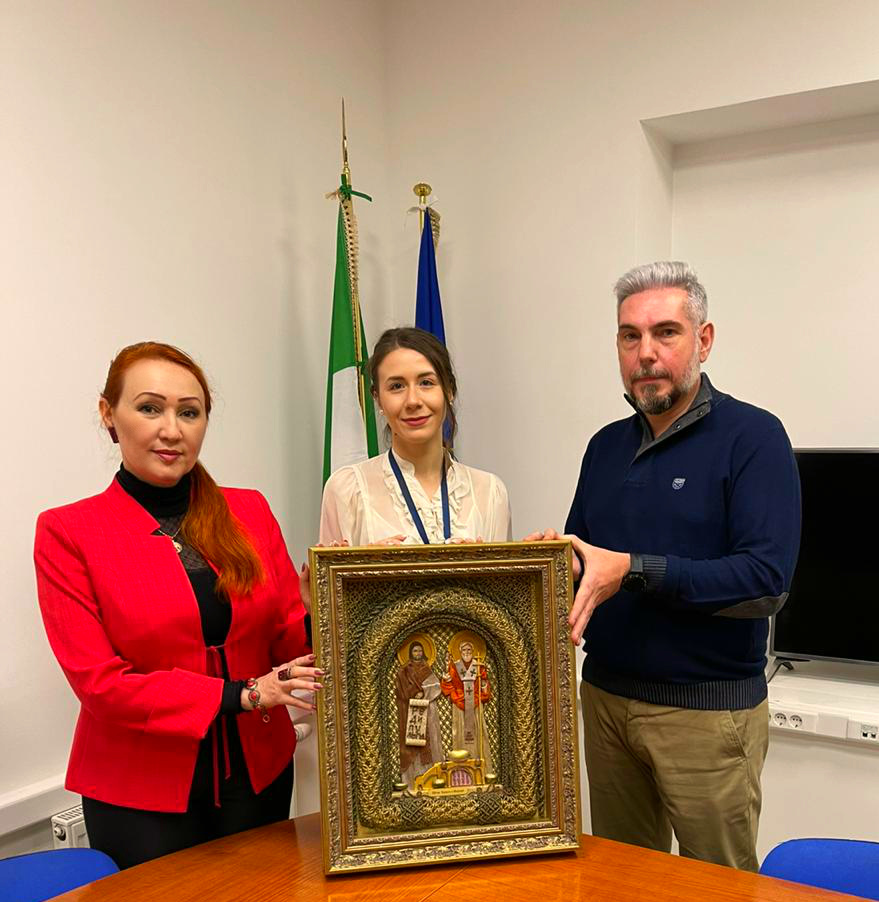 I accepted the icon Marco Petricca, Assistant Defense Attache at the Embassy of the Italian Republic in the Russian Federation.

Marco Petricca expressed his admiration for the icon made by Russian craftsmen and thanked them for their contribution to the development of relations between our countries. 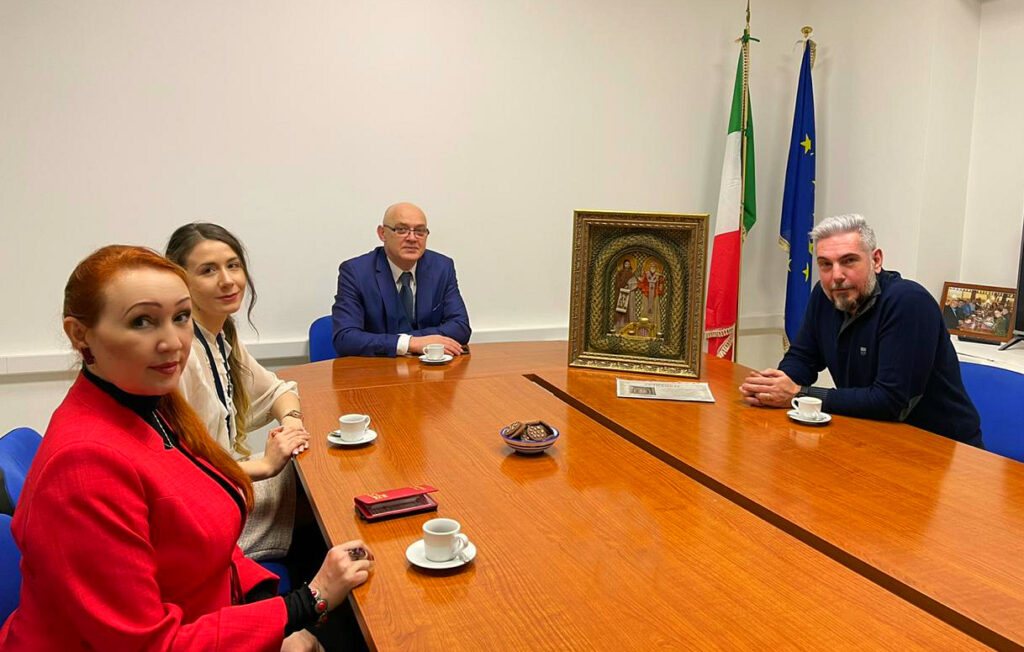 The meeting was translated by Anna Sviridova-Member “International Women’s Union”, founder of the Italian Culture and Language Club for the older generation (55+).

The solemn presentation of the icon to Mr. Paulo Pascalo, who is the Founder of the association “Humanity inside War”, an honorary member of UNESCO in Italy, President of the UNIRR of the Friuli-Venezia Giulia region, for donation to the chapel at the Redipulia War Memorial (Italy), will take place at the Italian Ministry of Defense in a safe epidemiological situation.

Mr. Paulo Pascale also included is part of the guard of honor during a Military memorial Redipuglia. 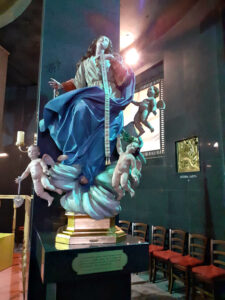 The words from the book “What an amazing guy”, authored by Ferdinando Pascolo-alias “Silla”(father of Mr. Paulo Pascalo) are carved on a plaque in the chapel “Queen of Peace” at the Redipulia War Memorial, Italy.